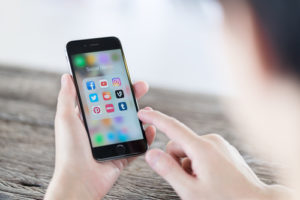 A young woman, decided to change her profile picture from a filtered one to unfiltered. You may think that others would accept her as she is, yet she received numerous comments, calling her “pig” “ugly” “loser” . Now imagine the young woman reading this. She just wanted to be accepted for who she is and not what others wanted her to be.  The name calling continues, and this young woman felt unwell, she started to isolate herself, withdraw from friends, family, school. She stayed in her room with the blinds closed, and just stared at the words that she was called by her so called friends.  The names continued and the young woman learned to accept the words she was being called. The young woman took her own life, based on what social media portrayed her as – unwanted.

The co-relation between social media and mental health is fairly new, yet we continue to see tragic stories like the young woman on a daily basis.

Social media is a great place for advocacy however to outsource the positive from the negative we must understand triggers, signs when someone is feeling that social media has had an impact on their lives.  So how do we help?

For every negative word, we Speak up! For every negative outburst, We Use our Voice! For every negative outcome, We share our heartbreaking story.  We overturn and outsource the real, the raw about the darkness as it is the sharing our story, that changes the outcome. We can use our voice to change , however to know that when we no longer have a voice, we seek help so others can be our voice . Lending a hand, a listening ear and a compassionate heart, not only changes our view of the world but it changes how we look at ourselves!